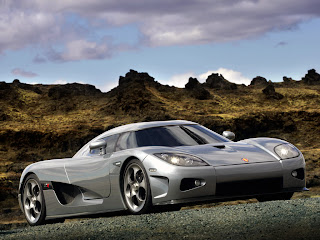 Koenigsegg CCX
You see, the higher cooling properties of ethanol allows for a higher pressure of combustion in the cylinders, which means higher output than regular fuel. Quite an interesting way to use a hybrid fuel to yield hypercar performance and the best part about it is that the CCXR gets better gas mileage than  it's hypercar brothers and sisters. 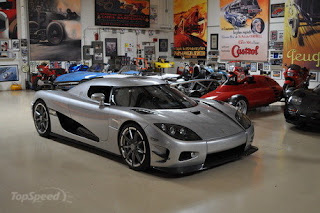 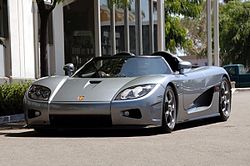 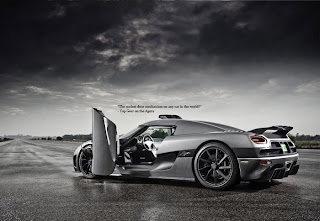 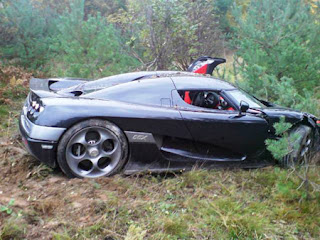 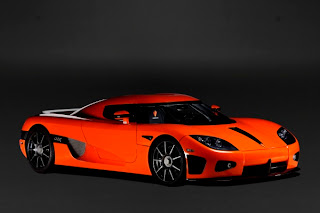 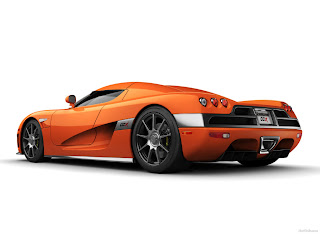 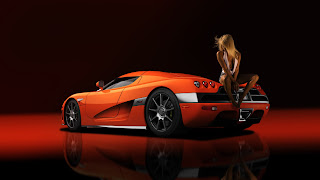 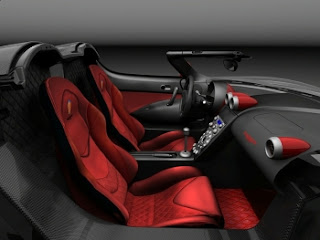 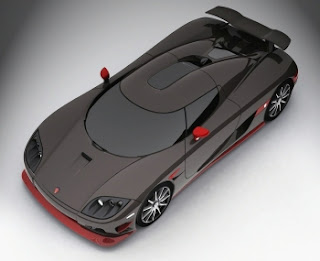 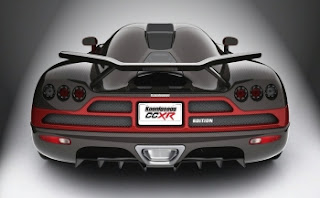 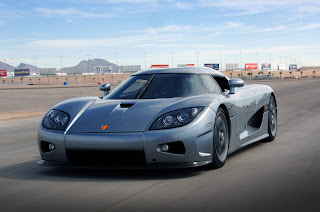 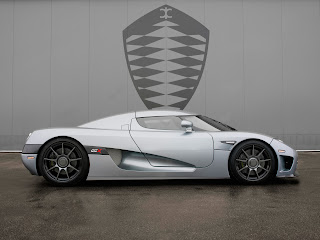 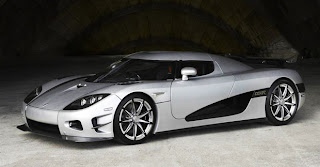 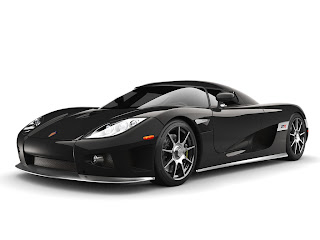 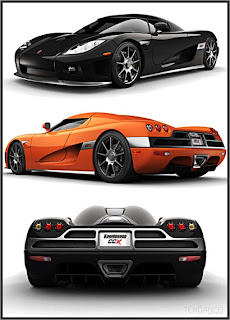 Typically, when someone mentions the word hybrid we think "Prius." When someone mentions the words "Ethanol Biofuel" We think Chevy flex fuel vehicles. I'll give you something different to think about the next time that you hear the EPA or Obama touting hybrids and biofuel, the first green supercar: The Koenigsegg CCXR.
The Koenigsegg CCXR is simply a hybrid engine version of the CCX that runs on biofuel. At the time of production it was Koenigsegg's top performing vehicle in terms of horsepower, 0-60 acceleration, top speed and even miles per gallon! Unlike other hybrid vehicles, the CCXR yields enhanced performance numbers over its unleaded siblings without changes in displacement or other compromises.
Production began on the CCXR in 2007, just one year after the introduction of the CCX. The only change on the CCXR is a slightly modified engine that can accept E85 or E100 ethanol fuel, along with regular unleaded gasoline. Koenigsegg made a few other minor tweaks such as modifying the fuel injectors, upgrading fuel lines, and most importantly, increasing the supercharger boost levels.
Although seemingly minor changes, the resulting improvements are staggering. The Rotex twin-supercharged 4.7 liter V8 pushes out 1,018 horsepower at 7,200 rpm and 740 lb-ft of torque at 6,100 rpm. That's Veyron Super Sport territory in HALF the cylinders and displacement. These are figures that only the Zenvo ST-1 has also been able to encroach upon in recent years with a similar platform. The additional power helps the Koenigsegg CCXR to go from 0-60 in 3.1 seconds and on to an estimated 250+ mph top speed. That biofuel overhaul makes the CCXR 0.1 second faster to 60 than the CCX and it has 212 more horsepower and 47 more ft-lb of torque.
You see, the higher cooling properties of ethanol allows for a higher pressure of combustion in the cylinders, which means higher output than regular fuel. Quite an interesting way to use a hybrid fuel to yield hypercar performance and the best part about it is that the CCXR gets better gas mileage than it's hypercar brothers and sisters.
Two variants of the CCXR were also produced in extremely limited quantities. In 2008, the CCXR Edition variant was announced, a limited production run of full "naked" carbon fiber body panels, aluminum wheels, larger front splitter and larger spoiler to optimize air flow. The only performance difference for the Edition is slightly improved torque figures and a faster 0-60 mph time of 2.9 seconds due to the lighter weight and improved downforce. Only six were made.
The second variant of the CCXR is the CCXR Trevita which literally stands for "three whites" in Swedish. The Trevita variant utilizes a carbon fiber technology that is woven together with diamonds and is a proprietary technology that is wholly developed and owned by Koenigsegg. Only three CCXR Trevita's were made, making it the rarest Koenigsegg to date at an approximate sales price of $4,850,000 USD. That also makes the CCXR Trevita the most expensive production car in the world. All three Trevitas will feature the Koenigsegg Shimmering Diamond Weave bodywork, double carbon rear wing, enhanced exhaust system, carbon ceramic brakes with ABS, and paddle-shift automatic transmission.
2010 marked the end of Koenigsegg's first generation model, the CC. Koenigsegg introduced their first prototype in the late 90s, followed by the CC8S, CCR and CCX models along with other tweaks throughout the past decade, in which they proved to the world that they exist and that they know how to make a car that Bugatti hides from. The real question is, how much more scary can it get? Their newest model, the Agera, will help us to answer that question.
Carnecks' Mission is to be an online car review source which strives to provide quality car reviews, entertaining videos, and reliable information. CarNecks Vision is to be the best entertaining car information service provider.
Có thể bạn quan tâm
Tải app VNPAY nhận ngay 50.000 vào ví => Bấm vào đây